Christ’s round of the West I

CHRIST’S ROUND OF THE WEST I

No longer is He going through the streets, consolingly;
no longer does he preach in pubs and dancing-halls.
Sufficient were His invitations and His warning calls;
He’s leaving us already.

You think He’ll bear our taunting still much longer, then,
our overweening smiles with patience, as before?
Who cased, by reveling, Lord Jesus from his heart, perverted at the core,
can’t then by praying talk Him in again.

He does not come to rich ones nor to poor,
although, indeed, He once invited whores
and sinners at His table, in His godlike pity,
but they had cleansed themselves and truly were repentant.

This generation brags, in spite of chastisement,
in all its wicked ways, persistent in depravity. 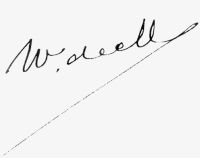